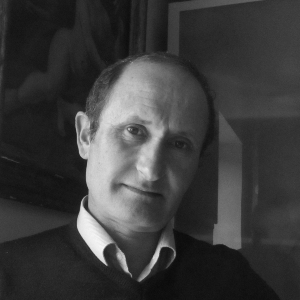 Marino di Prospero (b.1958) began sculpting and painting at a very young age. He studied at the arts school of his hometown of L’Aquila, Italy, where he graduated with a master’s in applied arts in pictorial decoration and applied arts. His career in sculpting and painting began in the early 1970s, during which time his works were inspired by the social realism movement. It was also while frequenting the studio of sculptor Percile Fazzini in Rome that Di Prospero shaped much of his artistic choices. His practice further developed in the 1990s, when he infused aspects of assemblage and the repurposing of old objects with historical sculptural traditions from Italy.

Throughout his career, he has made 60 public works, participating in sculpture competitions across Europe. His works have been donated to important political, religious and scientific authorities, from Nobel Prize Winners Rita Levi Montalcini, Carlo Rubbia, and Daniel Bovet to Pope John Paul II, Pope Benedict XVI.