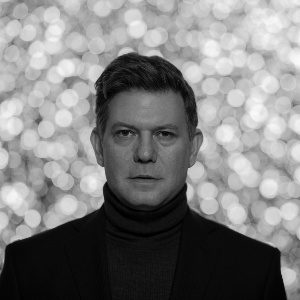 Leo Villareal (b. 1967) uses LED lights to create complex, rhythmic artworks on scales ranging from stand-alone sculptures to public infrastructure projects. Villareal is known for illuminating entire façades and bridges across the world, subtly reflecting their use, environment, and history through speed, pattern, and color. The resulting compositions are unique, generated by custom software that randomly modifies the frequency and intensity of the lights through sequencing. The artist has called his works “digital campfires,” alluding to both their enveloping quality and mesmerizing effect.
Since 2016, Villareal has been working on Illuminated River, his largest project to date. The public light installation is being unveiled in stages and spans up to 14 bridges in central London, from Albert Bridge in West London to Tower Bridge in the East, unifying them in a single artwork and defining them as a sculptural and symbolic link across the capital. Prior to this, in 2013, Villareal created a temporary light installation on the Bay Bridge in San Francisco, which became a permanent fixture in the city following a public petition in 2016. Villareal’s work is featured in the permanent collections of the Brooklyn Museum of Art, New York; the National Gallery of Art, Washington, DC; and the Museum of Modern Art, New York, among others.