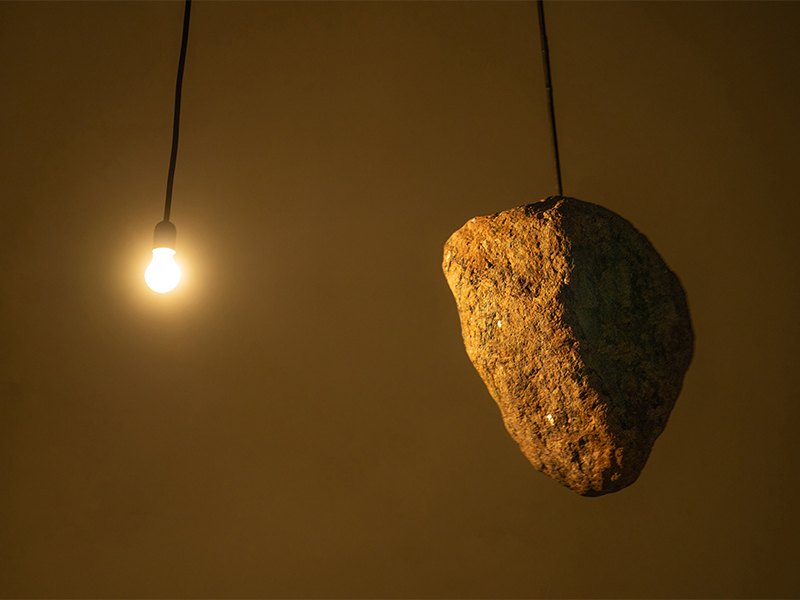 Alicja Kwade’s Heavy Light is an imposing duet of a suspended lightbulb and massive natural stone which swings like the sword of Damocles over the head of the viewer. Driven by gravitational and centrifugal forces, one is impossibly light and the other solidly heavy, both rotating around the central axis of the cylinder-shaped void in-between them.

These unequal weights represent essential forces in our world – gravitation and the speed of light. Circling around each other endlessly, the shadow of the stone seems to grow huge or shrink again, depending on its speed, and becomes a third element of the work in the space.

The objects following their infinite paths at changing speeds remind us that they, and all humankind, are at the mercy of the all-embracing circular movement that is the foundation of all existence: from electrons orbiting around a nucleus to unimaginably huge galaxies. All things, held together by gravity, revolve around one another. 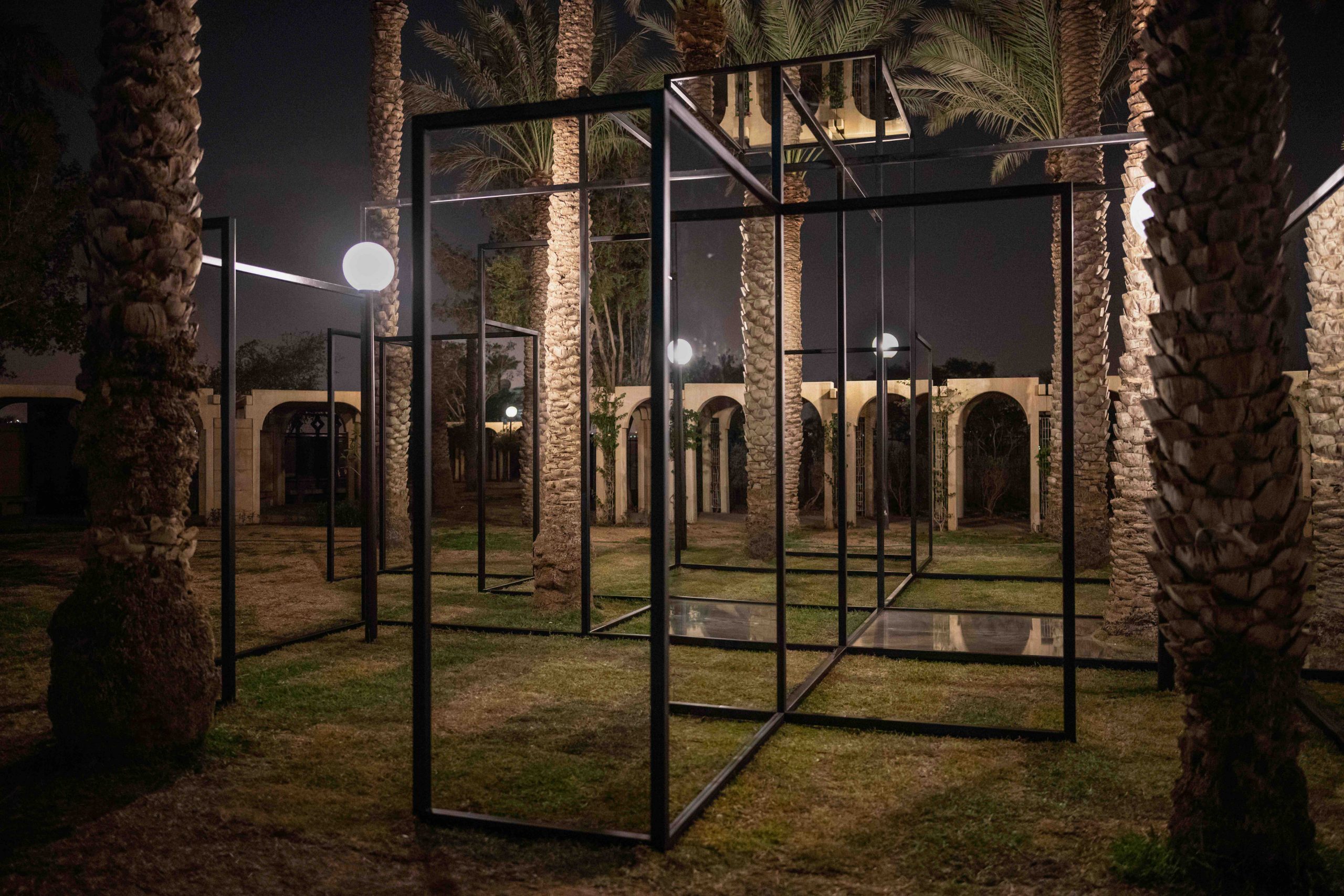 Morgana, 2022
DISCOVER
TICKETS
GET IN TOUCH
CONNECT
PRESENTED BY