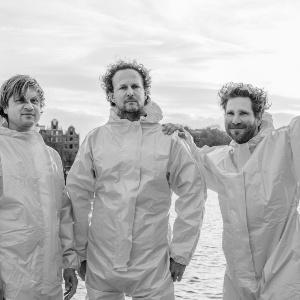 VENIVIDIMULTIPLEX (est. 2012) was founded by Joost van Bergen, Dirk Schlebusch and Onne Walsmit. They met during their years at the Academy of Architecture in Amsterdam where they graduated in 2008 and have been working together since 2002.

As VENIVIDIMULTIPLEX, they work on a wide range of architectural, interior and conceptual design projects, as well as interdisciplinary interactive installations. With each project VENIVIDIMULTIPLEX enters new and exciting worlds, learning new skills and new techniques. This approach has resulted in works that have travelled the world, such as Lightbattle (Amsterdam Light Festival 2013).