Andrianomearisoa’s mixed-media approach – encompassing sculpture, installation, craft, textile, written word and collaboration – is informed by his Madagascan roots. Like the Middle East, Madagascar is a country of diverse cultural influences. His delicate, often ambiguous works are considered an ongoing series of ever-evolving exercises.

Cities are a great inspiration to Andrianomearisoa, who studied architecture in Paris in the early 2000s. His work is inspired by its sights, sounds, scents and lights and the rhythm of urban life flows throughout his work. Everything about his art – from the choice of materials to the final presentation – is designed to elicit an emotional response from his audience.

Joël Andrianomearisoa was born in Antananarivo, Madagascar, in 1977. He lives and works between Antananarivo and Paris, France. From being the first to represent his native Madagascar at the Biennale di Venezia to collaborations with Christian Dior and Moleskine, Andrianomearisoa is in love with the world. He is most frequently exhibited in France, but also had exhibitions in Italy, Spain and elsewhere. Andrianomearisoa has had at least 17 solo shows and 83 group shows over the last 21 years. 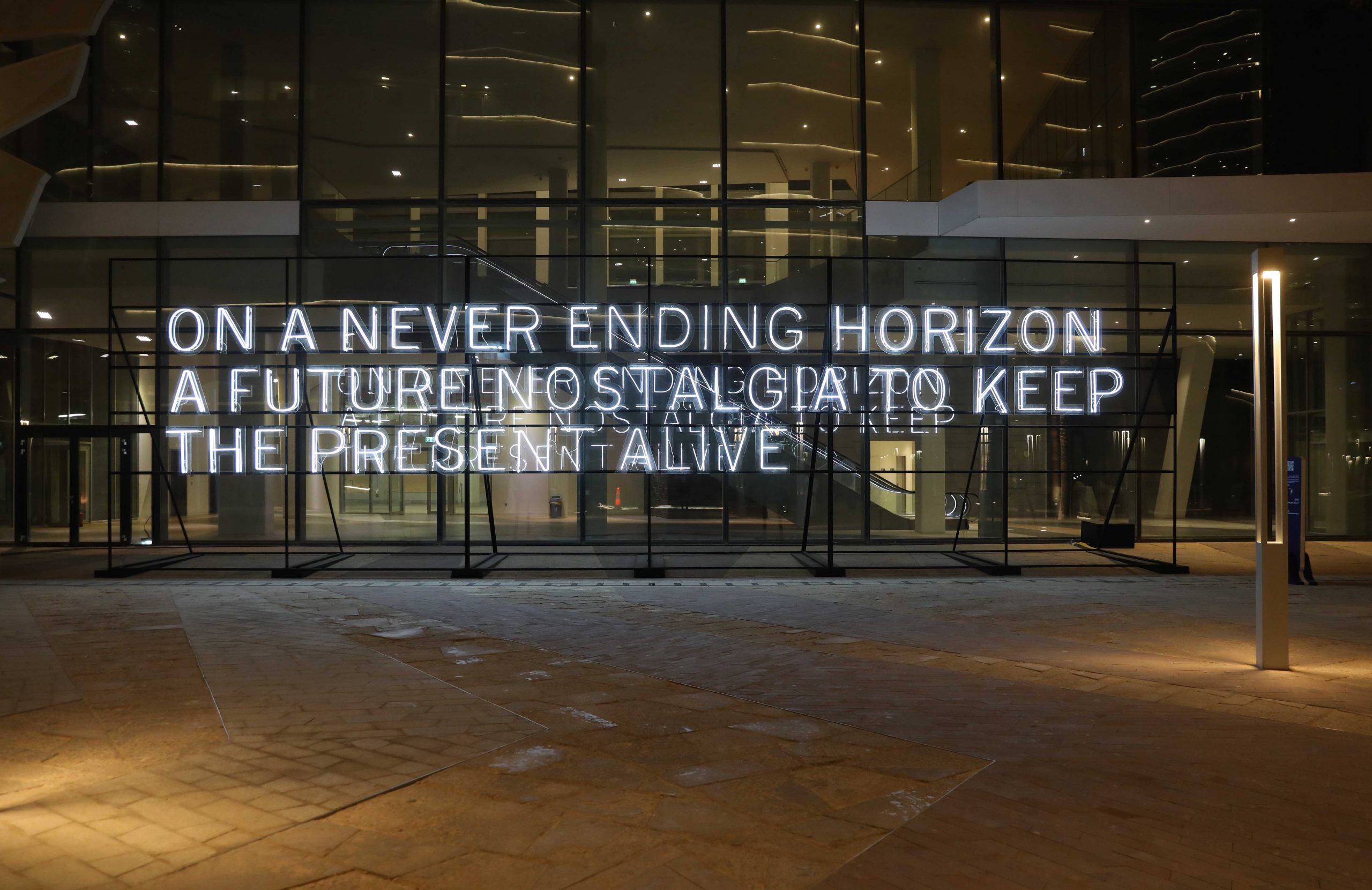 On a Never-Ending Horizon, a Future Nostalgia to Keep the Present Alive , 2022
DISCOVER
GET IN TOUCH
CONNECT
This site is registered on wpml.org as a development site.