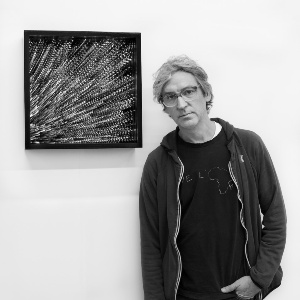 Iván Navarro (b. 1972) has lived and worked in New York since 1997. Navarro uses light as his raw material, turning objects into electric sculptures and transforming the exhibition space by means of visual interplay. His work is certainly playful, but is also haunted by questions of power, control and imprisonment. The act of usurping the minimalist aesthetic is an ever-present undercurrent, becoming the pretext for understated political and social criticism.