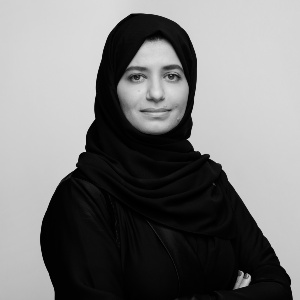 The work of Zahrah Al-Ghamdi (born 1977 in Al Bahah, Saudi Arabia) investigates memory and history through traditional architecture in both medium and assemblage. Her site-specific artwork demonstrates the arduous and exacting method by which she assembles bits of soil, clay, pebbles, leather, and water. The idea of “embodied memory” affects both the medium and the way the artist makes art in order to show and explain issues of cultural identity, memory, and loss. Al-Ghamdi was raised in the southwest of Saudi Arabia. She subsequently traveled to Jeddah, where she graduated from King Abdulaziz University with a bachelor’s degree in Islamic Arts. She has a Master’s in Contemporary Craft from Coventry University, UK , where she also earned her doctorate in Design and Visual Art. Her thesis examines traditional residential architecture in modern contexts in southwest Saudi Arabia. The fact that she grew up in that area and was surrounded by traditional Aseeri architecture had a big impact on her art. 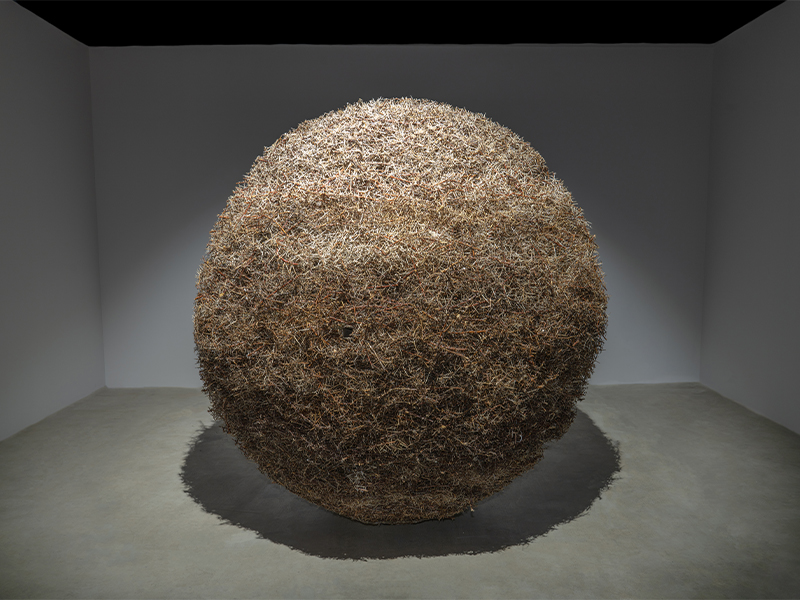 soliloquy, 2022
DISCOVER
GET IN TOUCH
CONNECT
This site is registered on wpml.org as a development site.