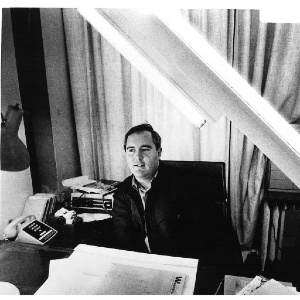 Dan Flavin (1933 – 1996) studied for the priesthood for a brief period of time before enlisting in the United States Air Force. During military service in 1954–55, he studied art through the University of Maryland Extension Program in Korea. Upon his return to New York in 1956, he briefly attended the Hans Hofmann School of Fine Arts and studied art history at the New School for Social Research. In 1959, he took drawing and painting classes at Columbia University.