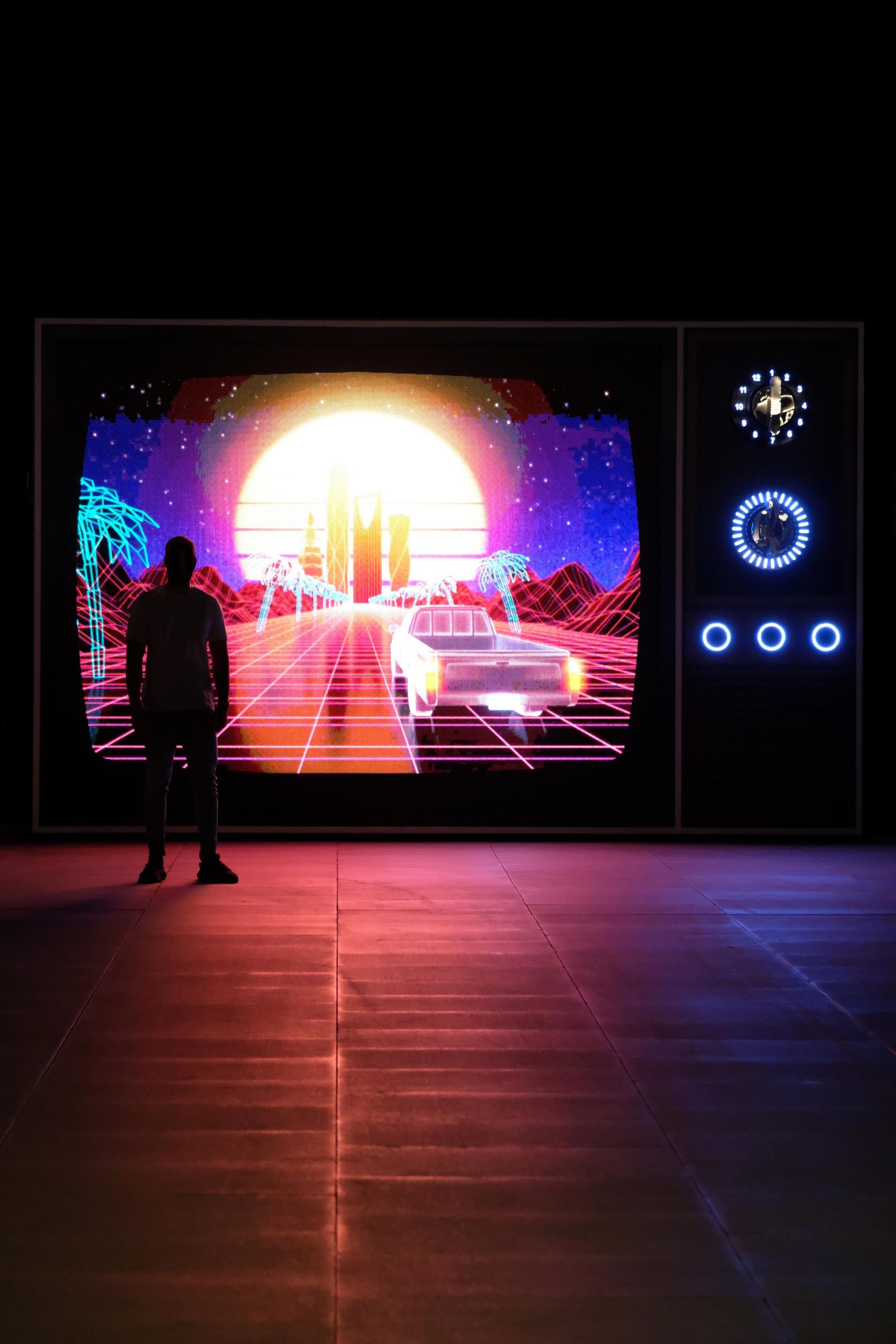 Mohammed Alsanie’s new work Dreams in Color is an outdoor installation that transports visitors, through the medium of television, into a surreal alternate version of Riyadh.

For the installation, an old-fashioned cathode-ray tube television set has been scaled up to around 5 x 3 x 3 m. On its screen, here replaced with environmentally-friendly LED technology rather than its historical counterpart, a number of looping videos will play to the audience. The artwork’s name alludes to the transition from black-and-white to colour TV transmission between the 1960s and the 1980s, and its alleged influence on the colour palette of ones’ dream.

Alsanie’s new media art is heavily influenced by the aesthetics of the 80s, retro sci-fi and synthwave music. It is in this signature style that he transforms images of Riyadh, its landmarks and sunset scenes rendered in 3D worlds of neon hues and infinite light grid planes. The artist says that in his experiments, he is “always trying to find that perfect balance between both worlds, physical and digital”. The videos will loop seemingly without end, immersing the audience in the retro-futurist Riyadh they depict.