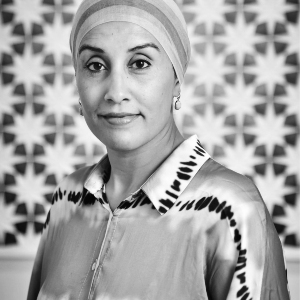 Zarah Hussain (b.1980) is a British Muslim artist. Her practice is a visual examination of how spirituality, technology, and art connect. Hussain integrates the pattern-making abilities of conventional mathematics with modern art across a variety of genres, including animation, sculpture, and painting. Hussain has established a creative language that reflects both the aesthetic traditions of her ancestry and modern Western society. She combines Islamic art references such as geometric structures, tessellating patterns, and motifs based on vegetal shapes with inspiration from the work of 20th-century artists such as Victor Vasarely, Josef Albers, Mark Rothko, Agnes Martin, and Bridget Riley.

Hussain has exhibited across Europe and the MENASA region, including at the William Morris Gallery, London; the Barbican Center, London, and the Sharjah Museum. Her work is held in the collection of Cartwright Hall, and she was awarded the Lumen Prize (People’s Choice) in 2017. Hussain earned her MA in Islamic Art from the Prince’s School. She lives and works in London. 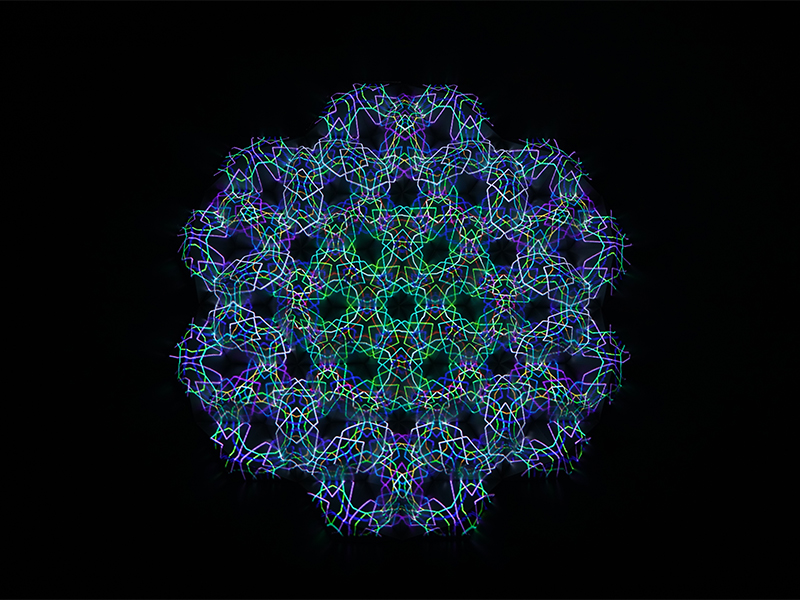 Numina, 2022
DISCOVER
GET IN TOUCH
CONNECT
This site is registered on wpml.org as a development site.