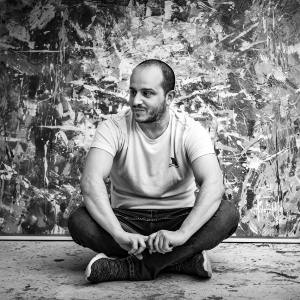 Talal Al Zeid (b. 1981) is an artist from Ha’il. He grew up in Europe and was immersed in hip-hop during the early 1990s, which marked the beginning of his career in graffiti art. He then moved to the US to pursue his higher education, and upon graduation he set up his studio in Riyadh where he currently lives and works.