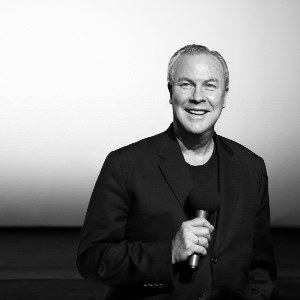 Robert Wilson (b. 1941) is among the world’s foremost theater and visual artists. His works for the stage unconventionally integrate a wide variety of artistic media, including dance, movement, lighting, sculpture, music and text. After university Wilson founded the New York-based performance collective The Byrd Hoffman School of Byrds in the mid-1960s, and developed his first signature works, including A Letter for Queen Victoria (1974-1975) and Deafman Glance (1970). With Philip Glass he wrote the seminal opera Einstein on the Beach (1976).

Wilson’s drawings, paintings and sculptures have been presented around the world in hundreds of solo and group showings, and his works are held in private collections and museums throughout the world. Wilson has been honored with numerous awards for excellence, including the Golden Lion of the Venice Biennale, an Olivier Award, two Premio Ubu awards and a Pulitzer Prize nomination.