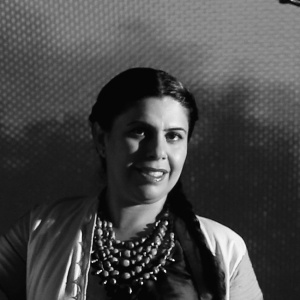 Manal AlDowayan (b. 1973) is a Saudi artist. Long invested in interrogating the gender-biased customs that impact the condition of women in Saudi Arabia, Al Dowayan is a sensitive yet critical witness to the cultural metamorphosis engulfing the Kingdom. Her works spring from lived experiences—these intimate encounters with social injustice, the pangs of memory and forgetting. Yet her pieces are consistently galvanizing, sparking identification and engagement, particularly among women around the world.