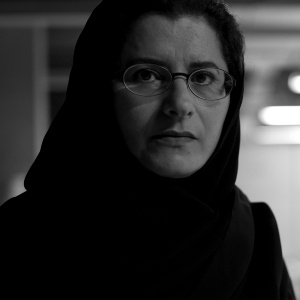 Maha Malluh (b. 1959) is a Riyadh-based artist. Born in Jeddah, Malluh lives and works in Riyadh, London, and Vienna. Malluh is greatly influenced by her spiritual connection to the historic region of Najd, with its strong religious and cultural heritage, colorful patterned fabrics, and old Najdi architecture, all elements that greatly influence her art.