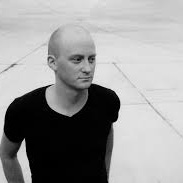 David Letellier (b.1978), aka Kangding Ray, is a French Berlin-based experimental electronic music producer and founder of the techno-experimental record label, ARA. His music has garnered acclaim from avant-garde electronica listeners to devoted clubbers. He has also been known for remixing artists such as Martin Gore, Ben Frost, or Battles for Warp and Mute.

Letellier successfully explores the convergence between techno and experimental, and those who have been following him since his debut album on the German imprint raster-noton in 2006, will recognize not only his meticulous and constantly developing approach to sound design, but also the conceptual depth behind his releases.