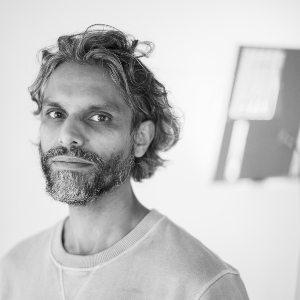 British artist Haroon Mirza (b.1977) investigates the interaction and friction between sound, light waves, and electric current. Mirza’s sculptures, performances, and immersive installations probe his audience’s knowledge of their own experience. As a proponent of interference (in the sense of electro-acoustic or radio disturbance), Mirza deliberately crosses wires. He describes his role as a composer, manipulating electricity – a living, invisible, and ephemeral phenomenon – to make it dance to a different tune, calling on instruments as diverse as home electronics, vinyl and turntables, LEDs, furniture, video footage, and existing artworks to behave differently. Mirza invites us to examine the perceptual boundaries between noise, sound, and music, and calls into question the classification of cultural forms.

Mirza has exhibited widely across Europe, the US, and Australasia, including at the Asian Art Museum, San Francisco; John Hansard Gallery, Southampton; Ikon Gallery, Birmingham; CCA Kitakyushu; the Australian Center for Contemporary Art, Melbourne; and Sifang Art Museum, Nanjing. He has been included in the 54th Venice Biennale in 2011, where he was awarded the Silver Lion, and was awarded the Calder Art Prize in 2015. In 2017, he won CERN’s Collide International Award. His work is held in collections across Europe and the US, most notably in that of the Museum of Modern Art, New York. He earned a BA in Painting from the Winchester School of Art, and MAs from Goldsmith College and Chelsea College of Art and Design. Mirza is represented by Lisson Gallery and Max Goelitz. He lives and works in London. 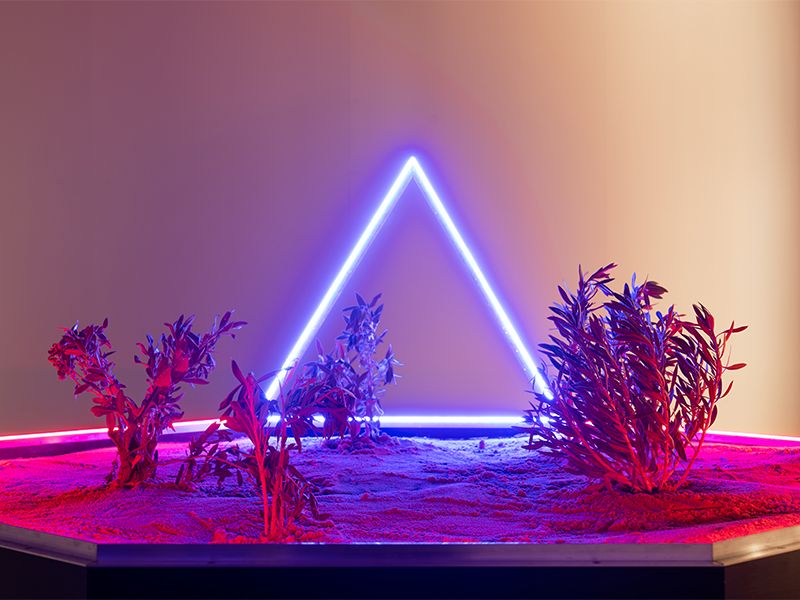 Energy for the Sake of Power (Solar Symphony 16), 2022
DISCOVER
GET IN TOUCH
CONNECT
This site is registered on wpml.org as a development site.