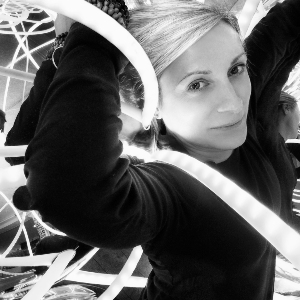 Throughout her career, Peruvian-born American artist Grimanesa Amorós has harnessed the medium of light to create immersive monumental sculptures that engage visitors in contemplation of their cultural heritage, community, and relationship to technology. In the art of Amorós, the past meets the future.

Her childhood fascination with light began on the shores of her homeland in Lima. The tumultuous waters of the immense Pacific Ocean would create iridescent sculptural foam. Amorós cites watching bubbles deflate and inflate, as if breathing, for the formal decisions in her later work.

Describing her work as a “constant romance with the unknown”, Amorós first incorporated light into her practice following a fated trip to Iceland. While there, she saw the northern lights and realized the powerful ephemeral magic light held. She discusses light’s ability to transcend social and geographic boundaries as “we all connect to light.”

Drawing upon critical cultural legacies and landscapes, Amorós is inspired by the communities she creates within. Installing and programming each piece on-site, direct interaction with the surrounding architecture is key to her work. “Ultimately, the piece connects the viewers, space, and light sculpture, merging them into one.”

Amorós has connected cultures and viewers through the medium of light in the United States, Europe, Asia, the Middle East, and Latin America as a guest speaker at TEDGlobal 2014 and as a part of the Art in Embassies Program of the US. 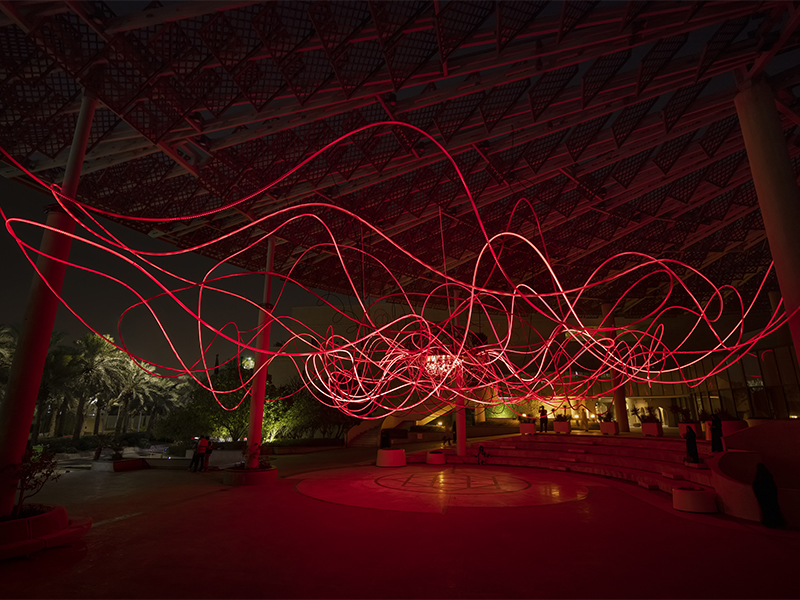 Amplexus, 2022
DISCOVER
GET IN TOUCH
CONNECT
This site is registered on wpml.org as a development site.