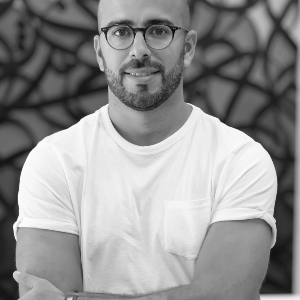 Building on the layers of his identity, eL Seed crosses the disciplines of painting and sculpture and is best known for his work in the field of public art. He uses the wisdom of writers, poets and philosophers from around the world in striking forms of art installation that convey messages of peace and underline the commonalities of human existence. For eL Seed, his art is an echo of the stories of the communities that he meets around the world.

Whether the DMZ between South and North Korea, the favelas of Rio de Janeiro, or the garbage collectors’ neighborhood of Cairo, el Seed’s work is rooted in the community in which it appears. Before he begins a project, he spends a long time with local community members to devise the best way to represent their voices.

In the past few years, his use of Arabic calligraphy in an innovative form brought a new dimension to his work. He brought volume and a new structural composition to his art pieces. His sculptures have been shown internationally, such as at the first edition of Desert X Al Ula in 2019.

He has been well recognized for his projects: In 2021, eL Seed was selected by the World Economic Forums as one of the Young Global Leader for his vision and influence in driving positive change. In 2017, he won the biennial UNESCO-Sharjah Prize for Arab Culture. He was named a Global Thinker in 2016 by Foreign Policy for his monumental Cairo project, Perception, which spread out across 50 buildings in the Egyptian capital. And in 2015, the international organization TED recognized him as one of that year’s TED Fellows for advocating peaceful expression and social progress through his work. 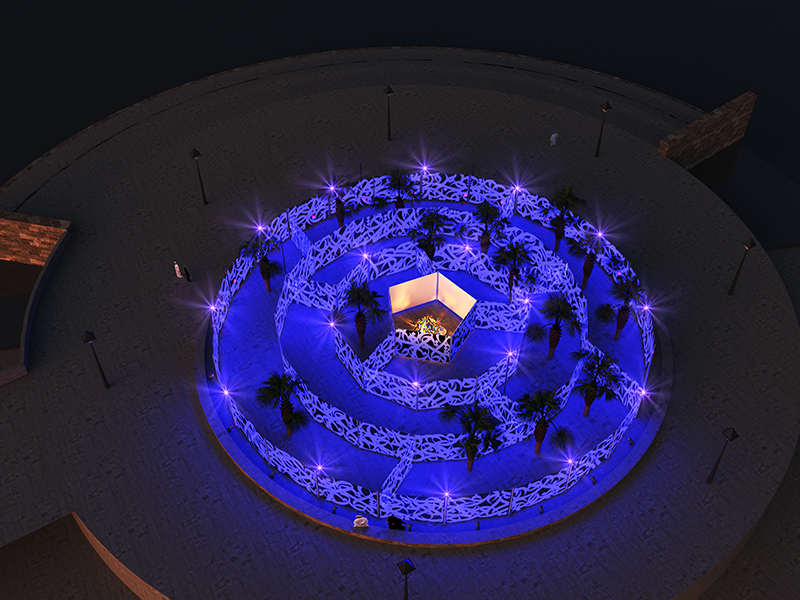 Keep It Alive, 2022
DISCOVER
GET IN TOUCH
CONNECT
This site is registered on wpml.org as a development site.