Christopher Bauder is an artist working in the fields of light- and installation art, media art and live AV performance. He focuses on the translation of bits and bytes into objects and environments, and vice versa. Space, object, sound, light and interaction are the key elements of his work. In 2004 he founded the multidisciplinary art and design studio WHITEvoid, which specializes in interactivity, media, interior architecture, and electronic engineering.

Christopher Bauder has brought his installations and performances to events and spaces around the world, including Centre Pompidou Paris, MUTEK Montreal, Fete des Lumieres Lyon, The National Museum of Fine Arts Taiwan, the National Centre for the Performing Arts in Beijing and many more. He is best known for his city-wide light art installation “LICHTGRENZE”, created in 2014 together with his brother Marc Bauder, for the 25th anniversary of the Fall of the Berlin Wall.

KiNK (Strahil Velchev) Strahil Velchev, better known as KiNK, is likely electronic music’s most known “dynamo”. Starting off as a DJ who reframed the challenges of limited access to records in mid-nineties Bulgaria, he endeavoured to make his own music on friends’ computers. From there, an obsession to toy around with and manipulate music gear started, developing a skilful excellence while keeping the spirit of improvisation.

This is exactly the fusion that led Strahil to become one of the most versatile and captivating live acts around. Undoubtedly, his music sparks energy that is impossible to withdraw from, it’s persuasive, and explosive and leaves the audience open-mouthed and danced out. Though his influences come from Detroit Techno, House and Funk a KiNK track or experience is genre-agnostic and claims a unique spot in the electronic realm.

In consequence, AXION, the collaboration with light artist Christoper Bauder, tempts us with the lighter, more spacious facette of his works, adding another dimension to the impressive world of KiNK. 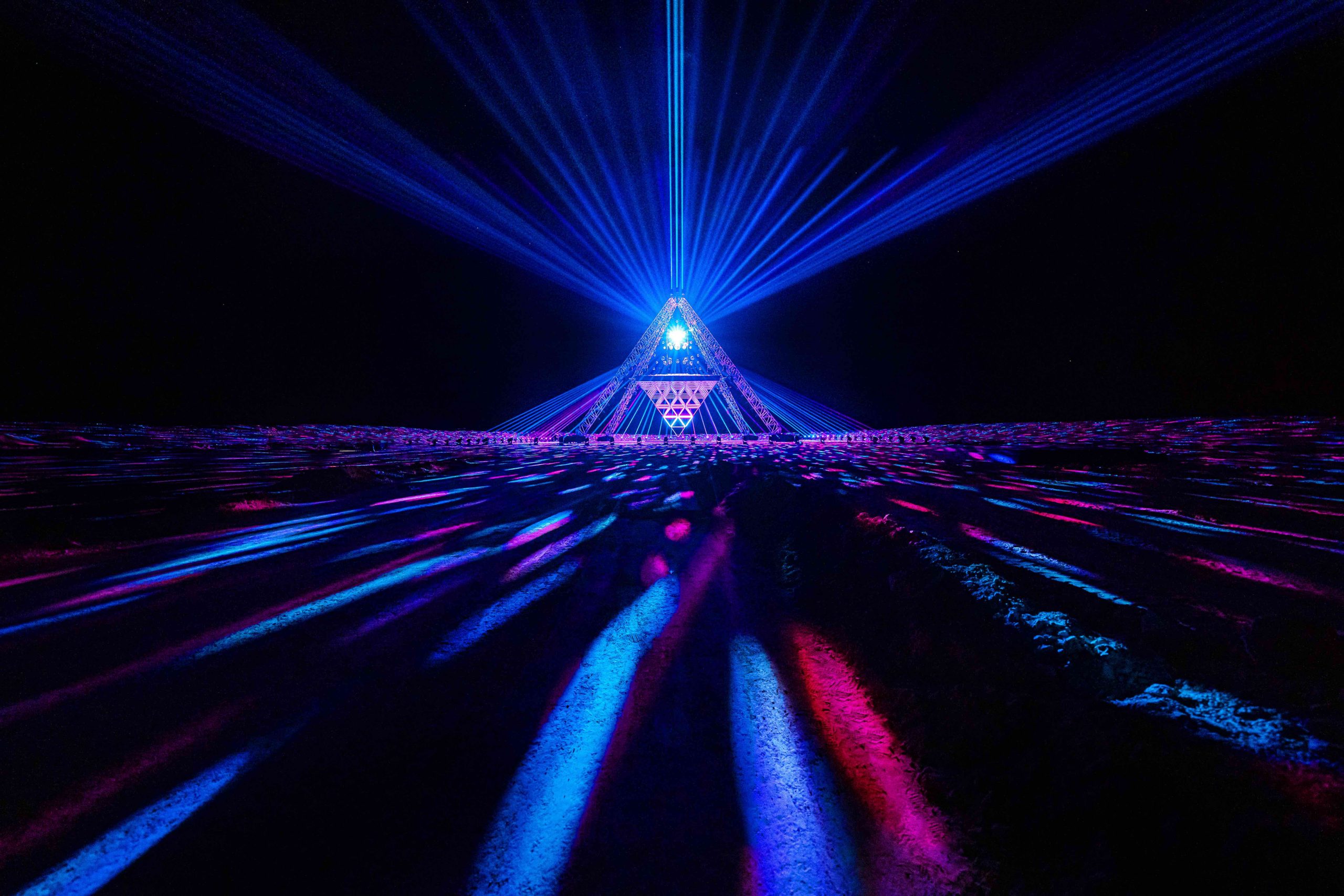 Axion, 2022
DISCOVER
GET IN TOUCH
CONNECT
This site is registered on wpml.org as a development site.