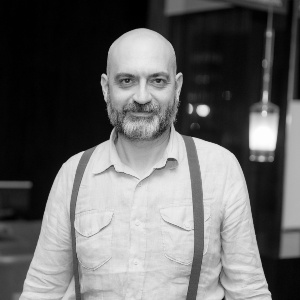 Alessio Ranaldi (b. 1974) is a visual artist whose current research practice focuses on the interaction between two or more seemingly opposite elements. His work aims to generate a joining link between nature and urban civilization, highlighting the complex intertwinement in which nature and artifice collaborate in architectural construction.