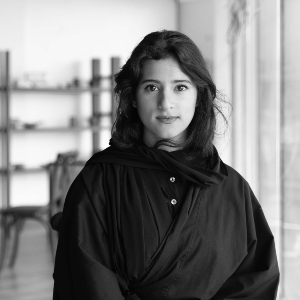 The artist Ahaad Alamoudi, born in Jeddah in 1991, grew up between England and Saudi Arabia. Her work begins from the alternating standpoints of embeddedness and exteriority, playing with cliches, visual tropes, and traditional perceptions in an often humorous, self-aware ethnography.

Alamoudi reframes these traditional symbols, such as the falcon, camel, or kandoora (traditional men’s dress), in a practice that both documents the transformation of Saudi Arabia into a consumer marketplace, and suggests a sense of loss over its dying connection to its natural environment.

For her video installation for the 2017 version of 21,39 Jeddah Arts, Those Who Do Not Know Falcons Grill Them, she engineered a fantasy of falcon-hunting by merging historic and contemporary symbologies. She created an original textile print for the falcon hunters to wear and choreographed a dance in the desert representing the shift from the past to modernity.

Other works continue this interest in the body as bearer of tradition, questioning the extent to which one’s costume and appearance can be legible as a sign of culture, or indeed change. In a work produced while she was studying at the Royal College of Art in London, she imagined a Saudi in a kandoora dyed with pomegranates’ glut; in the multidisciplinary project HEAT BURNS (2020), she isolated the color Pantone: Yellow 102 to represent the heat in the Gulf, creating a suite of thobes (traditional mens’ dresses) and luxury products that gestured towards the aggressive positivity in marketing oriented towards Gulf Arabs. 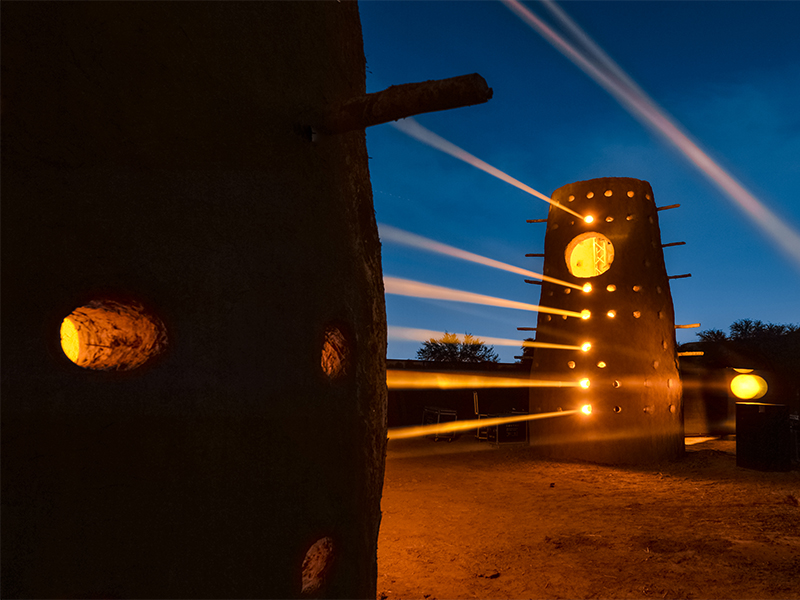 Ghosts of Today and Tomorrow, 2022
DISCOVER 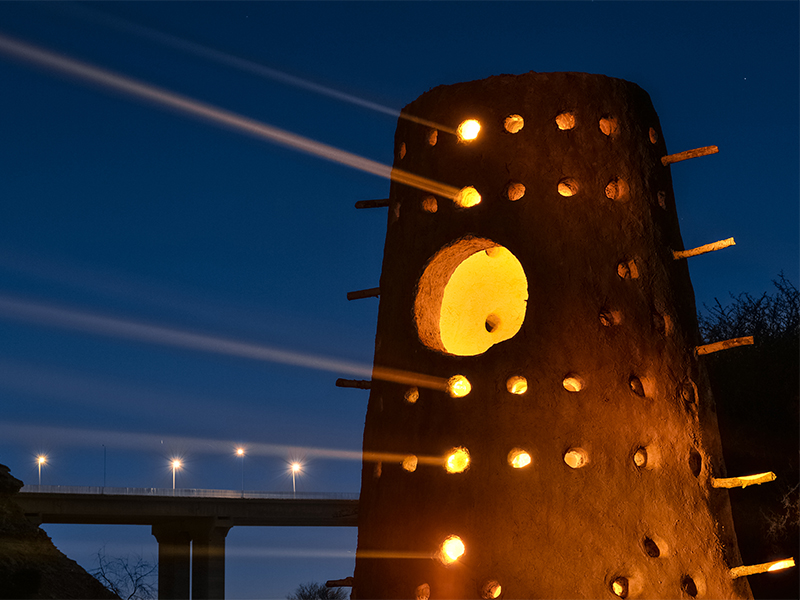 03
NOV
Ghosts of Today and Tomorrow by Ahaad Alamoudi
DISCOVER
GET IN TOUCH
CONNECT
This site is registered on wpml.org as a development site.